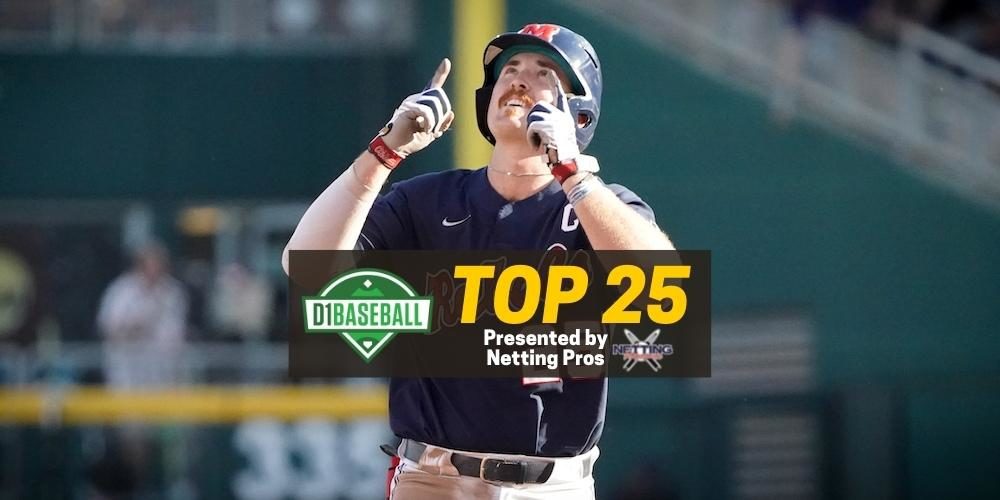 Ole Miss entered the 2022 season as a top-five team, was No. 1 at one point earlier this season. And after reaching the NCAA tournament, the Rebels went on a magical run to the program’s first national title. The Rebels finish this season atop the D1Baseball Top 25 Rankings.

The eight teams that rounded out the College World Series field sit in our top eight, while Tennessee, which put together an incredible season but lost to Notre Dame in the Super Regional round is the highest ranked squad not to get to Omaha. The Vols finished the season with a remarkable 57-9 overall record.

Virginia Tech, which was picked to finish near the bottom of the ACC, capped off an incredible season with a No. 11 ranking, while Southern Miss and Connecticut, which caught the nation’s attention throughout the spring, finish the year at No’s 15 and 16, respectively. Maryland (18) and Texas State (19) were other surprises to finish the season in the Top 25, while TCU and LSU finished in the Top 25 with first-year coaches.