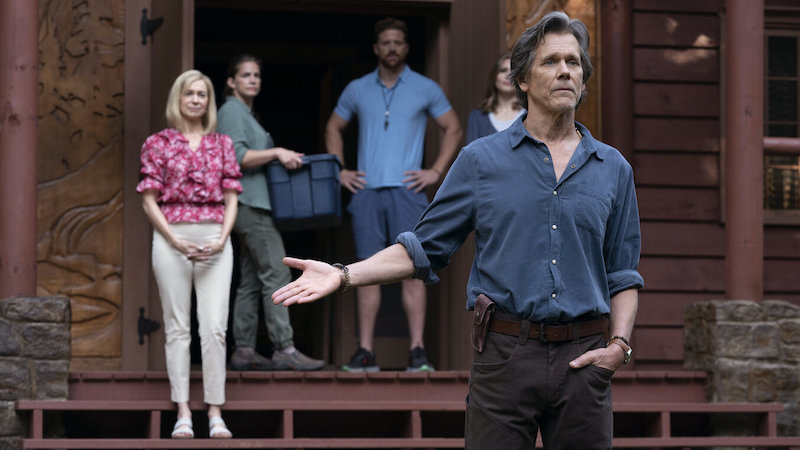 Kevin Bacon returns to his campy thriller roots to star in a new horror film from Blumhouse productions, known for their spooky-but-sometimes-funny films. Looking at you, Happy day of death.

IN They them, Bacon will play Owen Whistler, who runs Whistler Camp, a conversion camp that aims to “psychologically break down” their LGBTQ campers. On top of the psychological breakdown, it appears that a killer is pursuing the plot and demanding victims. Bacon has historically had no success with isolated summer camps in the past. When does he learn it?

The trailer shows some Whistler advisers inviting campers into the “safe space” before it slowly turns into a bloody slasher, complete with spooky puppets and some old photos that may not be haunted. The title is a play on words like you literally cut them. That pun alone should get some praise! Here is the official synopsis:

When a group of LGBTQ + campers arrive at Whistler Camp – a conversion camp run by Owen Whistler (Kevin Bacon) – they are promised a “new sense of freedom” at the end of the week. But as the counselors try to break down each of the campers psychologically, a mysterious killer begins to claim victims, and they must regain their power if they are to survive the horrors of the camp. Written and directed by Oscar nominee John Logan and produced by Jason Blum, They / Them is an empowering slasher film with an ensemble cast that includes Carrie Preston, Anna Chlumsky, Theo Germaine, Quei Tann, Anna Lore, Monique Kim, Darwin del Fabro, Cooper Koch and Austin Crute.

The film will be shown at Peacock on August 5th. Watch the trailer above.