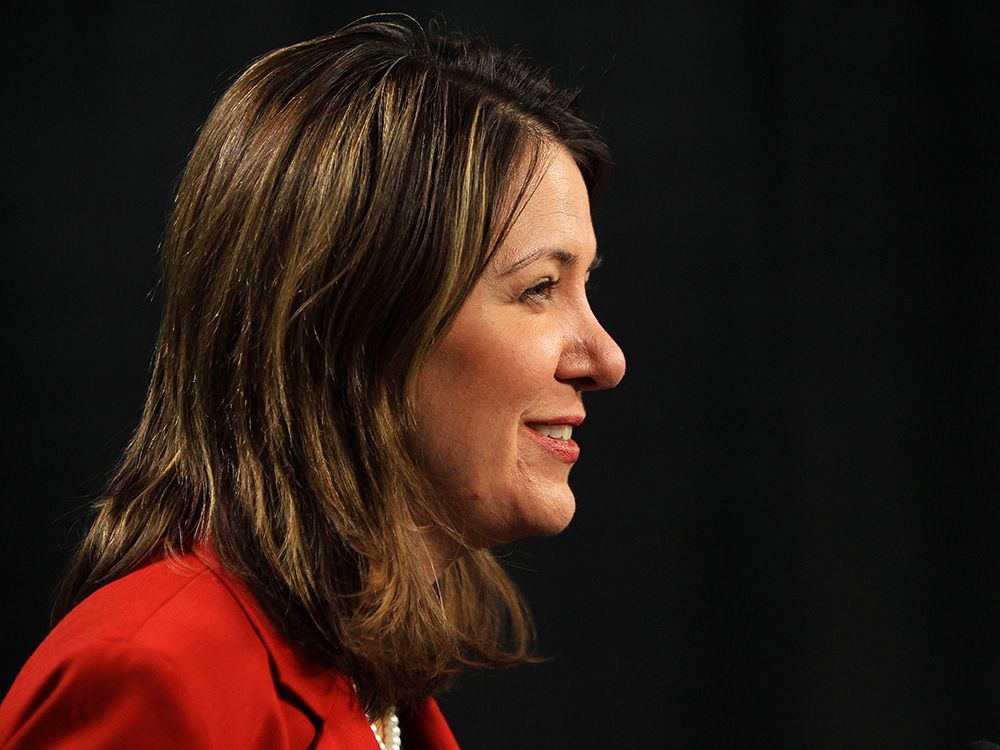 Can Danielle Smith ever be interesting?

Can’t Smith say things that make her followers cheer loudly as they evoke saliva and foam from her opponents’ mouths?

I do not think.

Smith has a unique combination of being open to new ideas, passionately embracing positions, expressing his opinion and being a strong communicator.

She pulls relentlessly into the spotlight. This weekend, for example, she ignited the first major fire in the United Conservatives’ leadership campaign and made headlines across Canada with her powerful push to Alberta to openly defy the federal government on issues where Ottawa adopts a policy considered to be in conflict with the interests of Albertans.

Her criticism of Alberta Health Services’ handling of the pandemic is just as exciting.

AHS failed to provide enough ICU beds, Smith told me in an interview.

This shortcoming prompted Prime Minister Jason Kenney to impose several restrictions on the freedom to control the spread of COVID.

When COVID first hit in March 2020, AHS promised that if things got bad enough, the province would be able to set up and staff 1,081 intensive care beds to treat seriously ill patients. But the most Alberta ever got was about 370 beds.

“I want to know why Alberta Health Services defied the premiere,” Smith said. “He gave them direct instructions to increase the intensive beds by (up to 1,081)… I thought they were working on it. And instead they reduced the number of intensive beds.”

And then Smith let fly with a rhetorical bomb blast against AHS: “I do not know if it is incompetence or if they deliberately sabotaged the government, but it is unacceptable.”

The lack of ICU beds also pushed Kenney to bring in vaccine passports, a measure Smith said she would never have introduced. “I am pro-choice and I am pro-choice in all things, which also means medical choice.”

Of course, some would return to Smith for her implicit suggestion that it would have been reasonable to have far more COVID patients in the intensive care unit. It is crucial to remember that the pandemic presented a balancing act between two evils. Several health experts, such as Edmonton physician Ari Joffe, have pointed out the brutal costs to human health and well-being caused by lockdown isolation, family breakdown, loss of learning and inflation costs.

Lockdown damage now needs to be measured carefully so we know better how to deal with future pandemics, Smith said.

Regarding her promise to introduce an Alberta sovereignty law as her first act as prime minister, Smith said there is a precedent for this in Canada, where indigenous peoples, Quebec and other provinces are pushing to be nations within a nation. “We have that kind of flexibility in the Confederation, and we just have to argue that,” Smith said of Alberta.

It’s better for Alberta to force Ottawa back into its own orbit than to have more of an explosion of Alberta separatism, Smith said.

“I think eastern Canada lives in a bit of a dream world if they think we will somehow continue to let them dictate to us how our economy will develop, kibosize our resource development and “prevent us from not wanting a kind of reaction. It wants a reaction.”

On the energy file, more Albertian sovereignty would see the province – which Smith noted will soon be Canada’s second largest economy – follow the EU’s lead and define natural gas and nuclear power as renewable energy, thus qualifying for green funding.

Alberta can find a number of financial mechanisms to fund and insure its own projects. “I very much doubt that Quebec is sitting back and scaring together and wondering if the federal government will come in and kiboshe some of their projects,” Smith said. “So why should we be? We should assert ourselves in the same way.”

I dealt with Smith for years when she led the Wildrose Party, but it’s clear that her nearly six years of hosting her own provincial radio program have changed her. Still stuck in her own ideas, she appears more open to a wider range of perspectives.

As a host, she was hooked into Alberta’s collective consciousness, as few others have been in recent times.

“I do not think there is a single Albertan with an interesting political idea that I have not spoken to,” she said.

Does all this mean that Smith will become a strong leader of the United Conservatives?

There is no doubt that Smith, as Prime Minister of Alberta, would be a compelling high-wire act.

She would shake up Canada, a complacent and inefficient nation in need of some tremors. But we’ll see if that’s what people here are looking for in a leader.

Sign up to receive daily headlines from the Edmonton Journal, a division of Postmedia Network Inc.

Thank you for signing up!

A welcome email is on its way. If you do not see it, please check your junk directory.

The next issue of the Edmonton Journal Headline News will soon be in your inbox.

We encountered a problem signing up. Please try again