GARDENERS’ World fans were all left saying the same thing as Monty Don shared some disappointing news about the show’s future episodes.

The BBC horticulturist and broadcaster shared an update with viewers about upcoming instalments – but it hasn’t gone down well.

He explained that Gardeners’ World will be off air for two weeks following next Friday’s episode.

Taking to Twitter, the 66-year-old penned: “The end of two days filming for next week’s Gardeners’ World.

“It is Hampton Court Flower Show the week after that and then we are off air for some reason so will not be back at Longmeadow until July 22.” 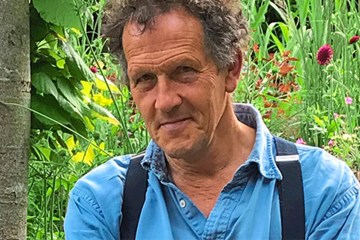 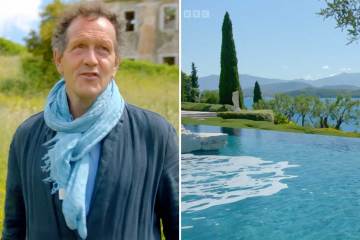 Alongside an array of sad-faced emojis, one person fumed: “What will we do? No Gardeners’ World – we can’t have that! We need our weekly fix.”

Echoing their comments, someone else vented: “Very frustrating that the show can’t go ahead anyway on iPlayer or some other way.”

While a third added: “Anne said: “Oh no! I will miss you and Gardeners’ World! I look forward to it every Friday.”

Earlier this year, Monty Don stunned fans after sharing before and after footage of his own private garden.

Taking to Instagramthe horticulturist and broadcaster revealed to his 1million followers the stunning comparisons alongside each other.

The first image was taken ahead of spring, showing his garden on a dull and wet day where his pots and trees were bare.

However, the second slide was a video of his vibrant and charming garden come summertime.

The camera panned across Monty‘s enchanting outdoor space which was shown to be filled with an array of beautiful flowers and wildlife.

The focus was on giant lilies in the foreground while a calming water feature could be seen in the background adding another tranquil element to the space.

We pay for your stories!

Do you have a story for The Sun Showbiz team?