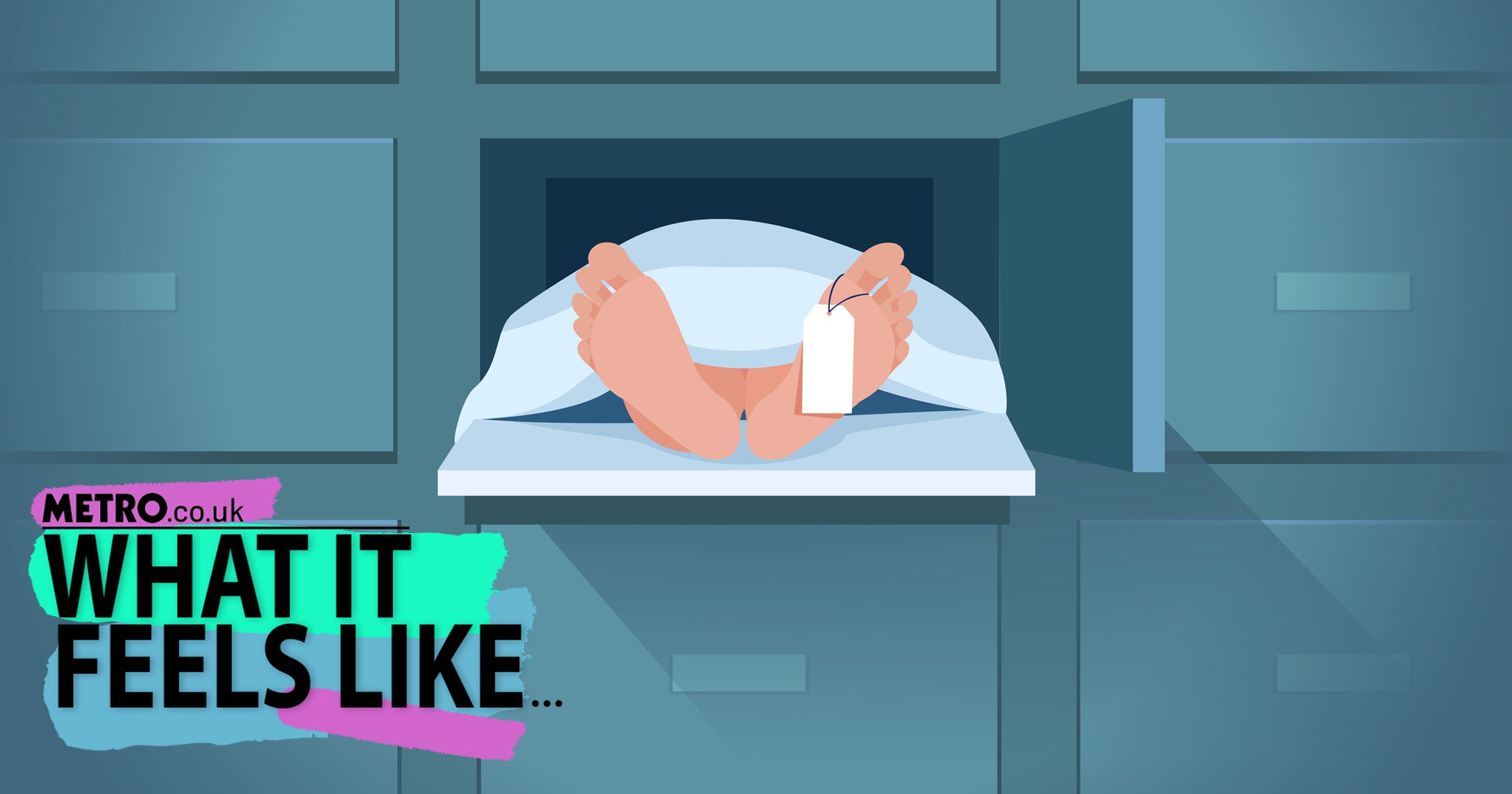 Every time he asks me what I’m doing at work, I’m either met by stunned silence or a barrage of questions.

It’s not often that you hear someone say, “I’m mummified.”

Mummification is the set of skills and science to preserve human remains by avoiding decomposition, which is done to ensure that the deceased is fit for display.

The most common follow-up question is “How did you get into that?!” I usually explain that I have always been interested in true crime and did my undergraduate degree in forensic science, in mid 2012.

Then I kept forensic officers and attended autopsies to gain more experience. This kind of work experience was limited in my choice of which path I wanted to take, professionally.

Later in 2012, I worked at a hospital as a funeral assistant, and while I was signing a deceased person for a funeral director, the mortician said at random, “Would you care about embalming?”

At that moment, I didn’t know what the job entailed at all, so I crept into Google.

I came to find that embalming preserved human remains. I was excited about this opportunity and it fueled my pathological curiosity; I knew I was ever king to explore this.

The person I’m going to replace has carpal tunnel syndrome and will be stepping down from the role. I said that – sure – I’d be interested.

In the embalming course, I took five theory exams, each of two and a half hours long. Then I had to complete 50 embalmings before my practical exam.

I remember noting the first week and I was very keen to share and repeat what the taxidermy head was doing. After my first postmortem embalming – which I did without any help – I was very elated and very upset with what I had achieved.

The before and after view of the deceased was great and it was because of my skill – that made me feel so proud. The skill I learned was giving families peace of mind. It’s a very rewarding situation to be in.

I finally passed the course and became eligible by 2016.

I will wash and dry their hair, put on make-up, close the mouth and put on eye coverings

Before that, I had no idea you could apply for a taxidermy apprentice job, with no experience – all you need is a passion for the job. In fact, the people I’ve worked with come from different backgrounds, including retail.

Many people don’t really know the full extent of what I’m actually doing.

A typical embalming consists of elevating the carotid artery and introducing a mixture of warm water and formaldehyde into the arterial system, to impart color and plumpness to the skin. This gives the appearance of healthy skin density and pigmentation, in contrast to dull, gray and slender skin.

I also wash the deceased and maybe shave it if necessary. I’ll wash and dry their hair, put on makeup, close the mouth and put on eye lids (which are plastic shields that help keep the eyeball structure intact because that will dry out first). Then I clean under the fingernails and dress them up as well.

When it comes to clothing, it tends to be one outfit that’s straightforward to wear – like a blouse and pants or a three-piece suit.

I prepare the deceased for possible viewing in chapels, homes, and churches. Some chests can be closed, but the deceased is still presented in the best possible way, in case anyone changes their mind and wants to see them.

After seven years on the job, I realized it was time to start my own company. I felt like I had enough experience under my belt and could take on any situation.

It didn’t take long after the decision was made before it became a reality; Maybe two months.

I have been freelancing for over 2 years and genuinely love my job. I feel humbled to do what I do.

Being independent, I tend to get calls from funeral directors and agree on an appointment for me to come and do my turn. I have all my embalming equipment in my car – machinery, tools, liquids, makeup.

I’ll drive to each location and set it back up, which only takes two minutes.

People give me details of the deceased – eg name, age, date of death and funeral date. This allows me to determine the strength of my liquid content, so that the deceased is successfully preserved until and after the funeral.

Some families even bring me a picture and ask their loved ones to have the same hair or makeup.

I also get a strange request for memorabilia, like locks of hair or fingerprints. Logistically, I cut a small part of the hair from the back of the head (so that it could not be seen), tied it with a thread and put it in a bag.

When I show up in every building, I don’t know what I’m going to go with. I could have a little old lady passing by in her sleep or a young man who had a traffic accident. My job is to make them look like they are resting in peace.

There is also the so-called repatriation, where someone dies in the UK and their body is taken to another country to be buried. This means that I have to introduce a stronger solution of formaldehyde into the system to enable the body to withstand the flight.

In addition, different religions have different requirements and I am very sensitive to that. For example, Hindu men are left unshaven, while Sikh men are shaved. Muslim men and women are usually not prepared or embalmed at all. This is what I came to learn on the job.

I also perform post-mortem embalming, which is done if there is a suspicious or unlawful death, suicide, accidental death or if the doctor has not seen the deceased within the past two weeks.

The embalming process is slightly different in this case. the body cavity is unlined and inside is a bag of viscera (organs), which I remove to access the arteries, for injection; With an arterial injector. The thread behind the head – which runs from behind one ear to the other – is also removed. Then the skull cap is separated, so I can access the brainstem and orbital arteries.

When the mummification is complete, put everything back and reshape the body. Much work is done at autopsy, where arteries, veins, and capillaries are not joined.

I’ve had some notable moments throughout my career. I see people on the news that I have mummified; Which I still find surreal. I’ve also embalmed celebrities (which I’ll never tell!) and it’s so weird – I grew up watching their movies and seeing them in front of me at my workplace.

It all makes me so grateful to be entrusted with a loved one and to give them a positive last memory so they can pay their ultimate respect.

If anyone reading this suddenly thinks this could be theirs, I’ll tell them. It is very rewarding and you will be creative.

It keeps me grounded and aware of the impermanence.

MORE: The Feeling of Childbirth During a Midwife Crisis

More: I have to lie and tell people I have Parkinson’s because no one has heard of my condition

MORE: My dad is 56 and can’t remember who I am anymore

In this exciting new series from Metro.co.uk, What It Feels Like… not only shares one person’s touching story but also the details and emotions intertwined within it, to allow readers to gain real insight into their life-changing experience.