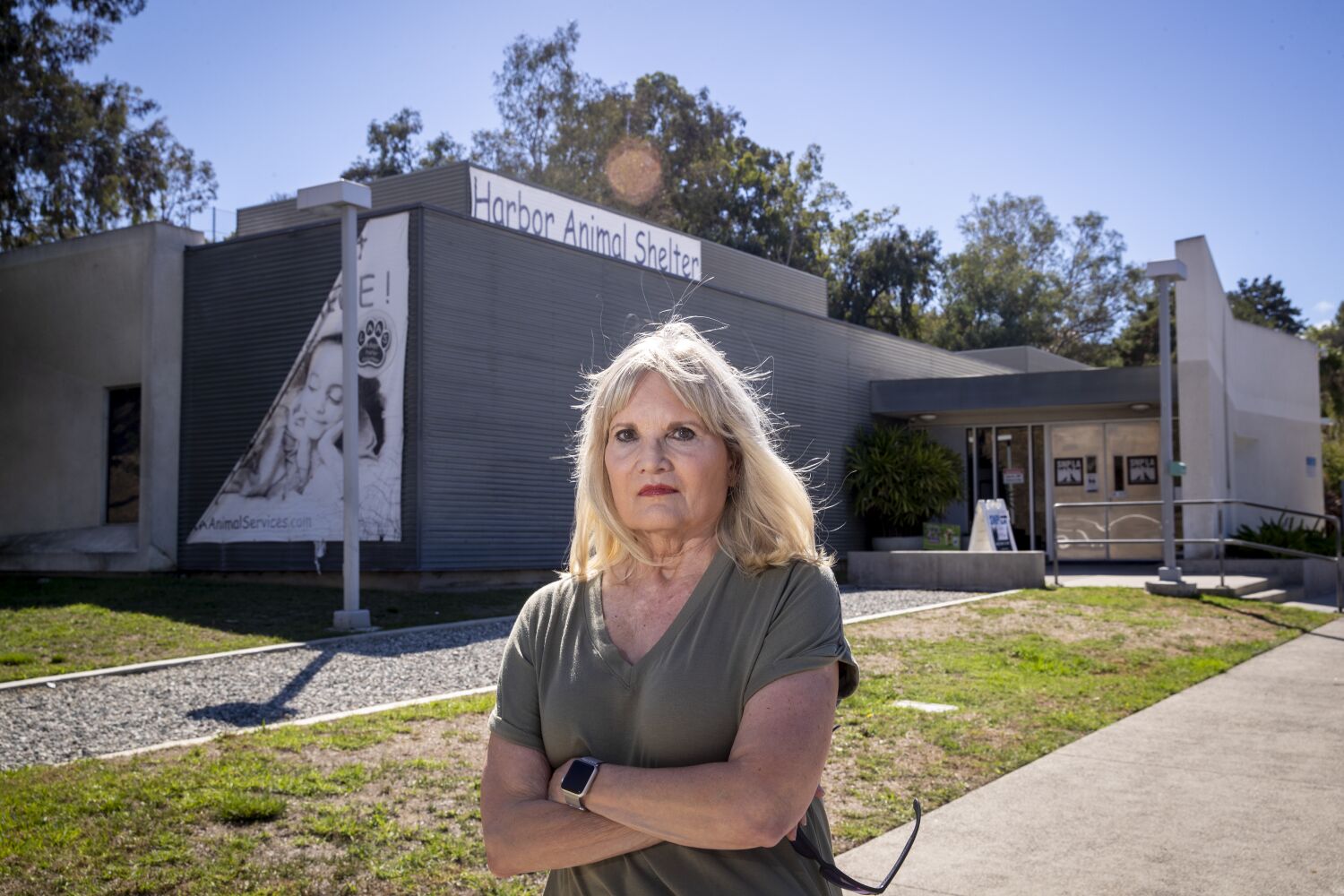 A volunteer who criticized the city of LA’s care for rabbits and other small mammals at the San Pedro animal shelter in a recent Times story, said she was fired by the city on Friday.

Jan Bunker, 74, said she was fired by Juan Rivera, director of volunteer programs at Animal Services.

She said Rivera told her she was “disobedient” after she declined his request to give up her phone prior to meeting him at the Harbor shelter Friday.

Bunker and other volunteers recently described seeing small mammals without food and water and having to spend their own money on supplies for the animals.

Thousands of rabbits, guinea pigs and hamsters pass through the city’s six shelters every year. At several shelters, volunteers said the city relies too much on them to care for the small mammals.

Bunker, an entertainer and piano and singing teacher who lives in San Pedro, said the department’s staff asked her to come over for a meeting. When she arrived, she said, she was told to hand over her personal phone.

Bunker said she wanted to hang up the phone to record the meeting and questioned Rivera’s request to give up the device.

“I said, ‘Are you a lawyer, Juan?'” Bunker said. ‘Are you sure you know my legal rights? Because my lawyer says I’m entitled to a phone.’”

‘He said, ‘You are disobedient. This meeting is over,’ said Bunker. She was then told to be escorted outside.

“The buck stops with him,” Bunker said. “Animal Services – they are just so badly run and there is no accountability.”

Koretz told The Times he appreciates the city’s volunteers but doesn’t know enough about Bunker’s situation to comment. “I expect to publish my report on the department within the next week or so, along with an initial set of proposals to address the issues at LA Animal Services, including both the volunteer program and small animals,” Koretz said.

The city relies heavily on volunteers to walk dogs, do laundry and many other tasks in the animal shelters.

Media surveillance of the shelters has exacerbated tensions between Animal Protection staff and some volunteers, who could be fired if they publicly criticize the unit. Another volunteer, Claudio Kusnier, was fired this summer after criticizing conditions at the West Valley shelter.

Kusnier told The Times that staff told him he had been fired for a variety of reasons, including not wearing a mask at the shelter.

One volunteer, who requested anonymity for fear of retaliation, said Bunker’s resignation is precisely why volunteers are hesitant to speak out for fear of losing their position.

The layoffs also make it more difficult to recruit people, the volunteer said.

“If we’re not there every day to see what’s happening to the animals, they could be bothered that we’re not there,” the volunteer said. “It’s so much more than cleaning. It monitors medical conditions, updates photos, deploys feelers, communicates with adopters. So we need every volunteer we can get.”

Harrison Wollman, a spokesman for Mayor Eric Garcetti, did not immediately respond to a request for comment. Wollman said last week that the city is working on adding staff to the shelters.

City Councilor Marqueece Harris-Dawson, who represents South LA and serves on the committee overseeing animal issues, said Thursday that he visited the city’s animal shelter in his district this week.

“I saw the general neglect of the overall facility,” Harris-Dawson said, adding that the small mammal room was a “mess”.

“People Are Educating” [issues] in this shelter for me, and I’ve certainly seen and felt what they say,” he said.