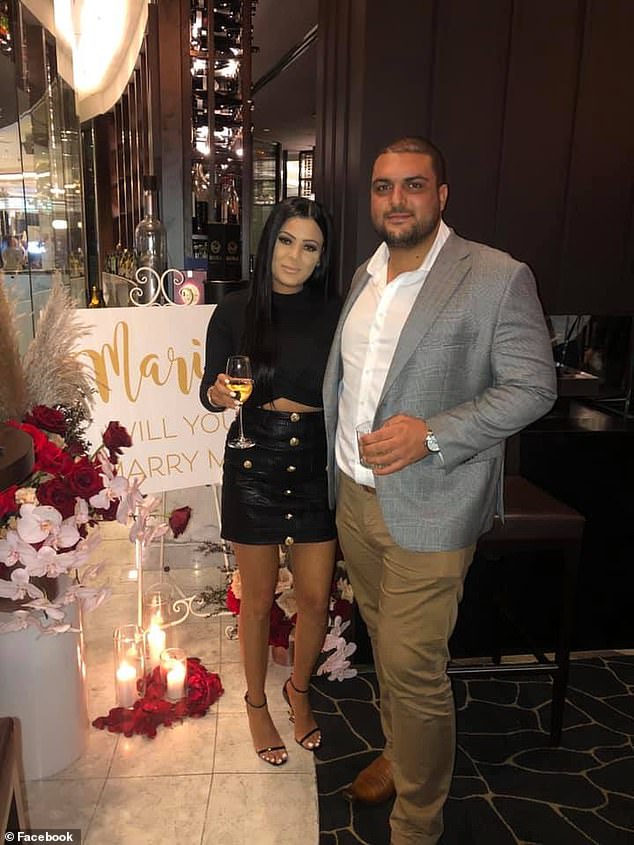 A newlywed bride died on her honeymoon in a horrific golf cart accident just 10 days after her wedding.

Marina Morgan, 29, died in Queensland, Australia, after her new husband Robby overturned the vehicle while trying to perform a U-turn as it was low battery.

Robby was unharmed, but Marina died tragically at the scene on Whitsunday Boulevard on Hamilton Island.

A doctor, dentist on duty and firefighter on duty desperately tried to revive her and performed CPR for 35 minutes before she was pronounced dead.

Queensland Police Inspector Anthony Cowan said it was a ‘tragic accident’, adding that there were ‘no signs of alcohol or dangerous driving’.

He added: “There may have been inexperience in driving that type of vehicle while turning, have rolled over on the side and the woman has fallen out and sustained life-threatening injuries.”

‘It just seems to be inexperienced driving that type of vehicle, turned too fast and rolled over on the side, and unfortunately it ended up with this result.’

Marina did not wear a seat belt at that time in the buggy, which is a popular mode of transportation on the popular tourist.

The couple had postponed their wedding for a year because of Covid before finally bonding this month.

Robby, a real estate agent, asked Marina to be his wife at a sumptuous dinner in Sydney in June 2019, surrounded by candles and rose petals, with a large sign that read: ‘Marina, do you want to marry me?’

Days after the wedding, the bride (pictured) died in a freak golf buggy accident during her honeymoon

He was so excited that he posted a picture of the happy couple on Facebook with the headline: ‘Huge night! She said yes! ‘

While hundreds of friends and family members congratulated the couple, Marina wrote: ‘Thank you for such a great evening, honey. I love you so much can not wait to be your wife. ‘

They originally planned to get married on July 24, 2021, but shutdowns and capacity restrictions for venues during the pandemic forced the couple to change the date to June 2022 – which also pushed back the date of their honeymoon to Hamilton Island.

On July 24 last year – the day they were to get married – a friend wrote a comment on Mr Morgan’s Facebook page: ‘Thinking of you and Marina today. It should have been your very special day. ‘

The couple were finally married in St Mary & St Mercorious’s Coptic Orthodox Church in Rhodes, in the northwestern part of Sydney, on June 11 – 10 days before the tragedy.

Footage showed the bride and groom sharing their first dance in a room with cheering friends and family during a reception at Doltone House in Sydney’s Hyde Park.

The couple postponed their wedding due to Covid lockdowns, but were finally married on June 11 this year

In a Facebook comment after announcing their engagement, Mrs Morgan said: ‘Thank you for such a great evening, honey! I can not wait to be your wife ‘

The couple were to marry in July 2021, but were forced to postpone the wedding. Pictured: A Facebook post on their original wedding day

Mrs Morgan’s brother shared a number of happy snaps from the big day, including a picture of him with Mr Morgan – ‘welcome to the family, brother’, he wrote.

The blushing bride wore a long, ornate white dress and held a bouquet of white roses while sitting in the back of a limousine with Mr. Morgan after the ceremony.

Tuesday night, tributes began to flow in to Mrs. Morgan, who was remembered by her loved ones as a ‘beautiful soul’.

‘So sad Rest in peace beautiful lady’, wrote a friend on Facebook.

Another said, ‘May God rest your beautiful soul Marina’.

“So so sad just God would have saved her,” wrote a third person.

Limousine service Diamond Wedding Group, which provided the couple with a car for their wedding day, said it was ‘deeply saddened and crushed’ by the news.

‘We would like to extend our condolences to her family and friends.

‘Robbie, we hope you are well and we are so sad for your loss.

“May she rest in peace.”

The couple both worked in the property, where Robby ran a home remodeling business, while his wife ran a media company specializing in real estate marketing.