Certain men’s fashions have always been controversial. In 2014, Mark Rylance, a star of the BBC’s popular sixteenth-century TV drama “Wolf Hall,” told reporters that he thought “the codpieces are too small.” The actor, who played chief minister Thomas Cromwell, protagonist of the Hilary Mantel best seller on which the series was based, speculated that the sartorial edit was perhaps a directive from the show’s American producers, who feared that historically accurate codpieces might shock their transatlantic viewers. Indeed, if you look at any number of Renaissance portraits of Henry VIII, you might be immediately taken aback by the elaborate mound of shimmering white silk that bursts forth and rises up conspicuously between the king’s legs. 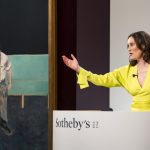 Damian Lewis, who had the monarch’s role in the show, explained to the Los Angeles Times that these unusual attachments were “a symbol of your virility, your derring-do, your sense of adventure. They were encouraged, it was a fashion, and Henry liked them.” The finely crafted attention magnets, as critic Michael Glover recounted in Thrust: A Spasmodic Pictorial History of the Codpiece in Art (2019), were not meant to be functional but to draw the beholder’s eye to the site of a man’s power. In Henry’s case, the ostentatious fashion add-ons also helped divert attention away from an ever-increasing obesity.

In the second half of the sixteenth century, an age of heightened moral, economic, and political austerity, black became the new gold and men transformed from “peacocks to penguins,” or so we are told in art historian Timothy McCall’s wonderful new study Brilliant Bodies: Fashioning Courtly Men in Early Renaissance Italy. The book focuses on “aristocratic ideologies of bodily representation,” that is, on the way the “fifteenth-century glitterati” or the “Renaissance one percent” used fashion to project and consolidate their political clout.

These Italian lords were the fashionistas and influencers of their time, determining what and who was in and out. Rulers introduced “devices” and “emblems” (essentially logos) meant to be stitched on the lush robes they distributed to their followers. Families differentiated themselves through color as well. Men in the House of Este in Ferrara wore green, red, and white, while over at the House of Sforza in Milan under Ludovico il Moro, the clan favored morello (dark red), for it invoked the duke’s nickname. Renaissance rulers cultivated “brilliant bodies” because “it was a prince’s duty to exhibit and manifest extravagance, to distance himself visually from his subjects.” In contrast to the “great masculine renunciation of fashion” that would take place in modern times, a cultural shift noted by British psychologist John Carl Flügel in The Psychology of Clothes (1930), McCall lays out a prehistory of bling in elite menswear.

Readers who worry that McCall’s book might be an academic affair directed toward art historians, costume scholars, archivists, and other specialists need not fear: the chapters are beautifully illustrated, the writing is accessible, the argument is clearly developed with a critical eye toward current debates on gender, identity, and the symbolic valorization of whiteness, or “brilliance,” in the courts of early Renaissance Europe, where aristocratic men and women regularly bleached their hair blond, powdered their hands and faces white, and embellished their clothing with shimmering metallic threads and gems that made their bodies glow like the sun.

The volume illustrates a rich selection of frescoes, panel paintings, illuminated manuscripts, sculptures, prints, and surviving historical costumes, and provides a user-friendly glossary of the key Italian Renaissance fashion terms. The author explains as well the difficulties of acquiring expensive dyes, and rehearses the intricate technique of velvet and brocade production.

There is also a lot of juicy historical gossip. In the introduction, we meet Galeazzo Maria Sforza, the Duke of Milan, who refused to wear armor to church under his luxurious vestments, because he thought it made him look “too fat.” It was an unfortunate decision, for a group of assassins descended upon him with daggers in 1476, and the unprotected Sforza became what McCall describes as “a (proto)martyr for fashion and a veritable Renaissance fashion victim.”

Sforza was somewhat a fashion addict. McCall regales the reader with behind-the-scenes tales about a panicky court procurer trying to locate hard-to-find fashion accessories for an upcoming gala. In another chapter, we hear about the rampant fat-shaming that took place in Italian aristocratic circles, where a slender silhouette, glowing white skin, and shapely legs defined the ideal of masculine beauty. Sforza’s body dysmorphia was not helped by his sister Ippolita, who teased him for his weight gain.

In this he was not alone. Ludovico Gonzaga—the illustrious patriarch most famously portrayed in Andrea Mantegna’s fresco for the Camera degli Sposi in Mantua—recalled how in his childhood he was compared with a pig by his own father and later forced to diet, “eating little, drinking lots of water, and hardly sleeping.” His own son Federico would be ridiculed by his sister Barbara, who remarked that his waistline had “grown and multiplied” so much that he would soon be mistaken for a pregnant woman. Fashion was a means to mitigate, transform, and tweak the ponderous bulk of well-fed lordly bodies.

The role of fashion in the invention of European male identities is also the theme of “Fashioning Masculinities: The Art of Menswear,” currently on view at the Victoria and Albert Museum in London. The introductory wall text invites us to “stride, saunter or sashay into a world of exploring and celebrating how designers, tailors and artists, clients, models and sitters, fashion and refashion masculinities.” In this joyous show, “masculinities” and “menswear” are understood as broad, fluid terms, and some 100 items dating from the Renaissance to today are presented in three sequential thematic sections: “Undressed,” “Overdressed,” and “Redressed.”

In the first room, Jean-Paul Gaultier’s 1996 trompe l’oeil blazer confronts visitors, a white jacket printed with a finely chiseled male torso. It is a perfect summary of the argument in this first section: for centuries, Western culture has purveyed an intimidating male ideal that melds strength, virility, and elegance.

This thesis is further explored through a wild diversity of objects. Plaster casts of various Classical statues tower above the displays, juxtaposed in delightful, unexpected conversations with (among other things) Robert Mapplethorpe’s portrait of an androgynous Patti Smith in a man’s shirt, a deconstructed Action Man figure, a treatise on ideal proportions of the body by Albrecht Dürer, the oversize fig leaf that once sheathed the replica of Michelangelo’s David in the V&A, a photograph of actor Mahershala Ali by Willy Vanderperre for Calvin Klein underwear, and a homoerotic pietá-like drawing by Tom of Finland that portrays a lifeguard holding a man’s body in his arms.

In the midst of all this evidence of how canons of male beauty have been constructed and reconstructed throughout history is Anthony Patrick Manieri’s Arrested Movement (2022), a short video that not only celebrates inclusive body positivity through the joy of dancing in the buff but lays bare, through its diversity of body shapes, sizes, and skin-tones, the illusion and delusion—the trompe l’oeil—of long-established physical ideals.

Visitors might want to read both McCall’s Brilliant Bodies and Elizabeth Currie’s essay “Braggadocio: A Brief History of Swagger” (in the “Fashioning Masculinities” exhibition catalogue) before heading over to the show’s second part, “Overdressed.” Here, we find portraits of a sixteenth-century Italian duke dressed in black and gold, and an eighteenth-century Irish earl draped in a shimmering cape made from exuberant crimson silk. Black might convey modesty, piety, honesty, religious austerity, temperance, penitence, and/or restraint, but it was also a difficult color to produce, involving complicated and very costly dyeing processes. Less is sometimes more, but more is also more.

Until modern times, pink—the subject of Valerie Steele’s 2018 exhibition “Pink: The History of a Punk, Pretty, Powerful Color” at the Museum at FIT (Fashion Institute of Technology) in New York—was a masculine color and a symbol of class and luxury. It, too, required expensive dyes, derived in this instance from the shells of the cochineal insect most commonly found in South America. The V&A curators (Claire Wilcox, Rosalind McKever, and Marta Franceschini) have creatively paired Joshua Reynolds’s bodacious 1773-74 portrait of Charles Coote with a series of short clips featuring David Bowie from a 1975 BBC interview explaining his professional use of makeup on stage, the nonbinary drag king Adam All transforming their appearance for Style magazine (2018), and an advertisement for the Boy de Chanel cosmetic line for men.

The final subsection in “Overdressed” considers the use of bright colors, pastels, and floral motifs in menswear as a sign of privilege and freedom, with examples ranging from historical garments and paintings to Kehinde Wiley’s 2017 portrait of Alexander Cassatt, in which luxuriant botanical motifs spring forth from the background and wrap themselves around the sitter’s body like the opulent gold brocade in a Renaissance doublet.

The third part of the show, “Redressed,” highlights the change from chromaphilia in menswear to the relatively drab uniformity of modern masculinity, represented by military gear and, among civilians, the black suit and bowler hat of the respectable everyman. But things don’t end on a flat note. In a final elliptical room, the exhibition ends like a runway extravaganza with three showstopper gowns: Christian Siriano’s black tuxedo dress designed for actor Billy Porter’s Oscar appearance in 2019; Alessandro Michele’s ensemble tailored for singer Harry Styles for the cover of Vogue in 2020; and the Ella Lynch wedding dress that contestant Bimini Bon-Boulash wore in the season finale of “RuPaul’s Drag Race UK” in 2021.

A black-and-white video projection with a booming soundtrack animates the wall as you enter, while mirrors on the opposite side transport the beholder into the spectacle. The gallery’s oval shape encourages you to strut around the space, enjoying the cacophony of images, gowns, and music as if you were on a catwalk. After two years of elasticized WFH athleisure wear, this reviewer was inspired to stride, saunter, and sashay around the room and file back through the show once more to revisit the exhibition from the start.

On a second viewing, I realized that while the three sections offer a wide variety of masculinities, one “identity” left largely unexplored is that of the non-elite classes. Although “Fashioning Masculinities” strives to expand definitions of maleness by celebrating gender neutrality, fluidity, and nonconformity, fashion remains largely in the hands (and closets) of an economic minority. An exploration of urban streetwear, from the ground up rather than the top down, would be a most welcome sequel to this buoyant if not rose-tinted spring/summer collection.

“Fashioning Masculinities: The Art of Menswear” is on view at the Victoria and Albert Museum, London, through Nov. 6.

A print version of this article appeared under the title “House of Xtrazaganza” in Art in America, June/July 2022, pp. 24-26.