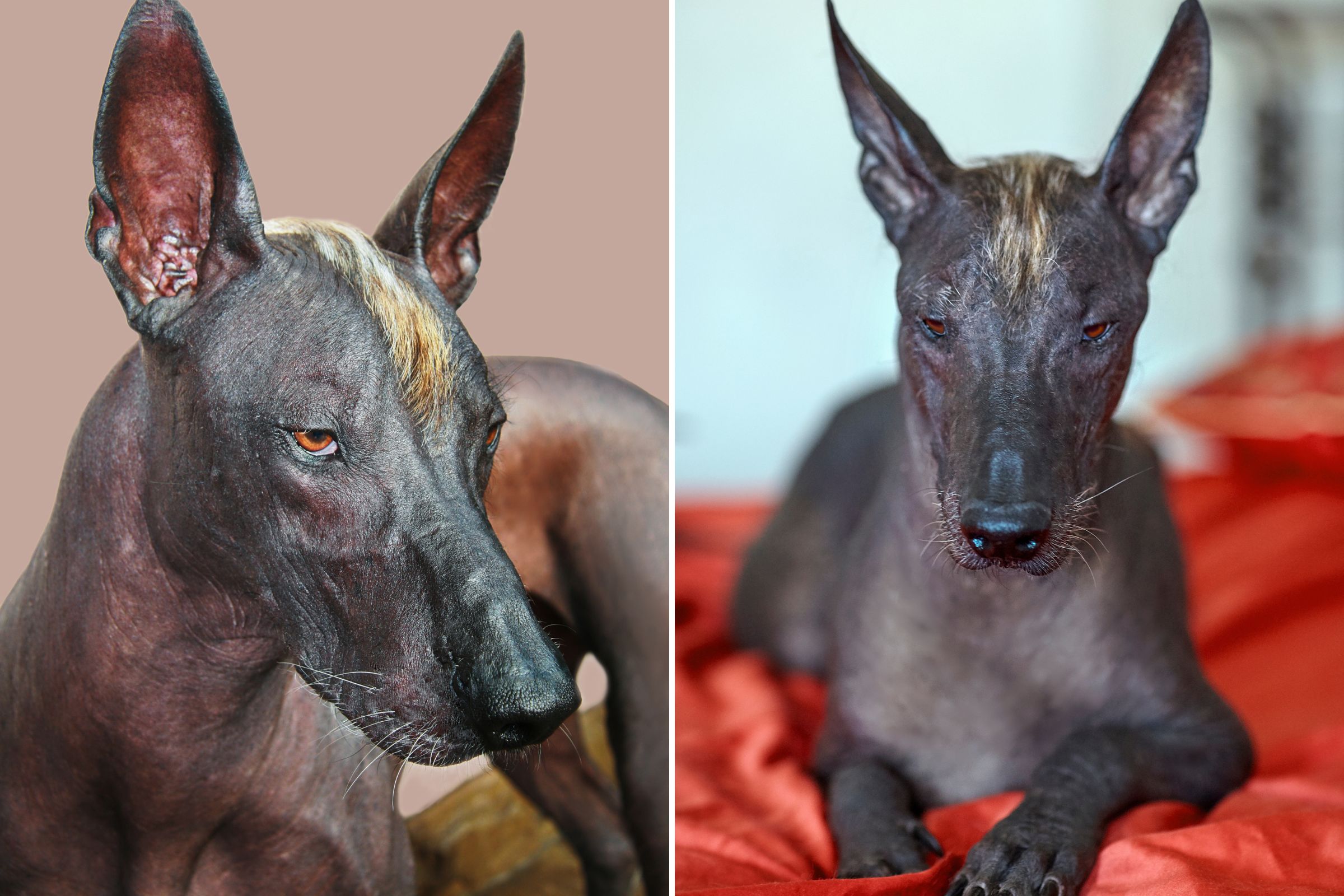 A family of “old” dogs have amazed the internet, where many people have noticed the statue-like appearance of the animals.

Xoloitzcuintli, sometimes abbreviated to Xolo, has been compared to Anubis, the Egyptian god of the dead and guardian of the underworld, by the Redditors.

A post on the site’s Interesting As F *** forum, by u / DavidRolands, has attracted a lot of attention since it was released on Wednesday, garnering more than 87,000 votes.

The snap, which can be seen here, shows three black dogs believed to be parents and a puppy.

“A family of Xolos, one of the oldest dog breeds in the world,” the caption said.

The American Kennel Club (AKC) advised animal lovers that the correct way to pronounce the breed is “show-low-eats-QUEENT-lee.”

To explain more about their long lineage, it read: “The 3,000-year-old Xoloitzcuintli, the ancient Aztec dog of the gods, is today a loving companion and watchful watchdog.”

They come in three sizes, and can have fur or be hairless. Despite their resemblance to the Anubis, the breed originated in Central America, not Egypt.

The AKC said: “Xoloitzcuintles are national treasures in Mexico, with a history dating back at least 3,000 years. Mention of these” strange hairless dogs “appears in the journals of Columbus and other European explorers. Ancient Aztecs named the breed after their dog -head god Xolotl .

“Xolos were considered sacred by the Aztecs and were often sacrificed and buried with their owners to serve as protective guides to the next world. In modern times, Xolos are dedicated watchdogs and companions.”

Their striking appearance was a hit online that LordSharington thought: “They certainly look like dogs from the underworld.”

spiderMechanic thought, “Anubis was the first thing that came to my mind when I saw the picture.”

Charleeclairee agreed and said, “Yep! I came here to say that Anubis and his sons have arrived.”

The Merikaninjunwarrior reckoned: “They also look like sphinx cats, so it also makes them look more significant.”

Beneficial_Step9088 admitted: “I thought it was statues.”

SplodyPants raved: “Damn. It’s really interesting as F ***. I would love to interact with those dogs in real life.”

The dog-headed god Xolotl is said to have “gone down to the underground hell of Mictlan to gather the bones of the ancient dead,” according to the Encyclopaedia Britannica. Whereas Anubis, often represented by a jackal or a man with the head of one, had different roles in different dynasties, going from the lord of the dead to the “conductor of souls,” it said.

The chart below, provided by Statista, shows popular dog breeds.