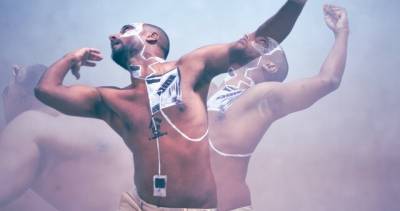 Lovers of adventurous, groundbreaking art that transcends all disciplines, take note: PuSh International Performing Arts festival has announced the line-up for the 2023 festival, which runs from January 19 to February 6.

“We prioritize innovative works that have a sense of necessity; that wake us up or offer new dreams to the disillusioned,” program director Gabrielle Martin said in a press release.

Martin, cultural curator and choreographer and former Cirque de Soleil performer, joined PuSh last August. She was permanently appointed to the role in July, curating her second year in 2023 as part of the leadership team, alongside new chief operating officer Keltie Forsyth and director of Indigenous initiatives Margo Kane.

“We returned to our mandate of facilitating transformative experiences through live performance and, buoyed by this experience, it was an honor to curate the 2023 festival,” Martin notes.

Some performances will also be available online, in recognition of the ongoing COVID-19 pandemic.

Shows that will have their world premiere at PuSh 2023 are:

*Rakesh Sukesh’s Because I like the diversity (this micro attitude, we all have it) (January 29-31 at Performance Works), a solo performance that moves through dance, music and text to interrogate the use of technology in racial profiling.

* Electric theater company An undeveloped sound (January 30 to February 4 at Fei & Milton Wong Experimental Theater at SFU), a theater performance inspired by Faust to interrogate the complexity of communication.

* New dance horizons’ This one and the last caribou (February 2-4 at Orpheum Annex), two world premieres of a series of three dance works that explore humanity’s relationship to history and nature.

* The Elbow Theater Soldiers of tomorrow (February 3-5 at The Roundhouse Performance Centre), a theatrical production following a former IDF soldier as he explores his personal responsibility for the complex geopolitics of his home country.

Tickets for individual PuSh events or festival passes are now on sale and available at pushfestival.ca.