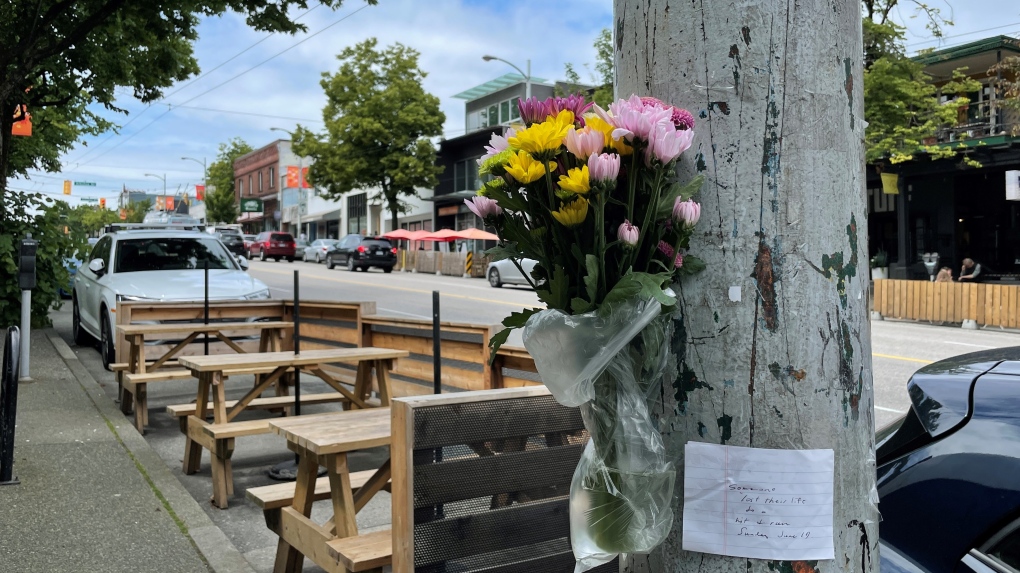 The 24-year-old killed in a tragic hit-and-run in Kitsilano has been identified as Eoghan Byrne, originally from Dublin.

According to Irish media, his family posted a message about his death online (describing him as a “son in love” and “beautiful brother”, survived by “heartbroken parents, beloved siblings” and a “wide circle of special friends”.

Byrne died Sunday after being hit by a car while walking with a friend near West 4th Avenue and Arbutus Street by a driver who appeared to be driving too fast and who fled the scene.

A 25-year-old man believed to be the driver and a 63-year-old family member were arrested from a home in southern Vancouver on Monday, police said. Charges have not been approved, so the two suspects have not been identified.

A memorial with flowers and handwritten notes has grown on the site of Byrne’s death.